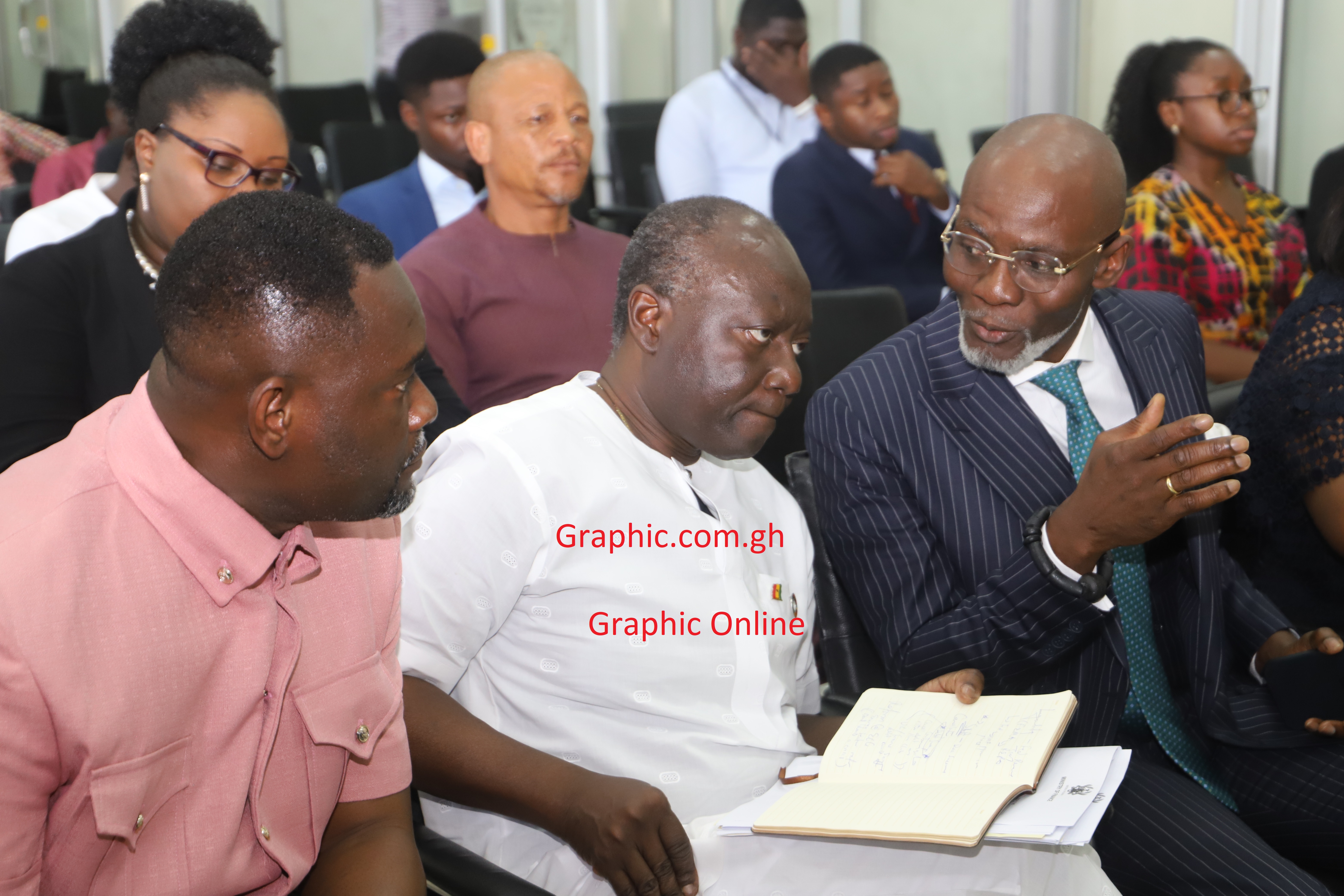 The Public Interest and Accountability Committee (PIAC) and the Ghana National Petroleum Corporation (GNPC) expressed differing views on which account the $100.7 million oil revenues should be paid into.

The amount was made from lifting 944,164 barrels of oil from Jubilee Fields and Anadarko CWTP in the first half of 2022.

Testifying yesterday before the parliament’s ad hoc committee heard on the finance minister’s no-confidence motion, PIAC deputy chairman Nasir Alfa Mohammed said the money was being paid into an offshore account instead.

“We have established that they did not pay this amount of money, which should have been part of Ghana’s oil revenues, to the Petroleum Holding Fund, and in our view this is against the law,” he said. he told the committee.

However, the GNPC said PIAC got it all wrong.

GNPC Deputy Managing Director (CEO) for Commerce, Strategy and Business Development, Joseph Dadzie, who also testified before the committee, said the money was paid to Jubilee Oil Holding Limited, who was legally empowered to receive the money.

He therefore disagreed with PIAC that the money should have gone directly to the Petroleum Holding Fund.

The two witnesses testified in response to the promoters of the motion of no confidence against Ken Ofori-Atta on the grounds of illegal payment of income into an offshore account, in flagrant violation of Article 176 of the Constitution.

Responding to questions from committee members, Nasir said the proceeds came from the 7% stake that GNPC acquired of the assets of Jubilee Fields and Anadarko Company for $119 million on April 1, 2021.

Both Laws 815 and 893, he explained, stipulate that revenues accruing to the state from direct or indirect state participation in petroleum operations must first be paid into the Petroleum Fund.

“Our position, as a committee, is that the raise, whether raised by 100% of GNPC or not, should come first in the Petroleum Holding Fund from which disbursement can be made for any reason. Either,” he added.

The witness indicated that in its annual report from January to December 29021, PIAC indicated that, in line with GNPC’s strategy to increase its stake in viable oil blocks, it acquired a 7% stake from Occidental Petroleum from the Anadarko Company with respect to the deepwater assets of Tano Cape Three Points for $119 million, effective April 1, 2021.

He said the acquisition, which was to be transferred to GNPC subsidiary Explorco, resulted in a 5.95 and 6 percent stake in production from the Jubilee and TEN fields, respectively, for GNPC.

Explaining further, the witness said that 100% of the acquisition was then transferred to Jubilee Oil Holding Limited, which made its first oil extraction of 944,164 barrels of oil from the Jubilee field in the first half of 2022.

With $100.7 million coming from the sale of the crude oil, he said, the proceeds did not go to the Petroleum Holding Fund, as required by law.

“Mr. Chairman, the committee considered that, contrary to section 6(e) of Act 815, capital gains tax was not assessed and collected by the Ghana Revenue Authority when the sale of the seven percent interest by Anadarko Company in the Jubilee and TEN fields in 2021.

He said the Ministry of Finance, in turn, referred the committee to the GRA for answers.

He said that for purposes of disclosure, the GNPC referred the committee to a notice from the Ministry of the Attorney General purporting to endorse the transaction in the nature and manner in which the GNPC handled it.

“Mr. President, we are pleased to say that we have not come to this conclusion without recourse to this opinion,” he added.

During his appearance before the committee, the deputy managing director of GNPC said that it was not GNPC that created Jubilee Oil Holding Limited, but rather the Anadarko company.

He said Jubilee Oil Holding Limited was created because Anadarko decided to sell its stakes in the Ghanaian assets and entered into an agreement with Kosmos to buy it.

The government of Ghana, he said, then argued that it wanted some of that stake, and after negotiations, “we agreed on seven percent”.

With strict timelines for completing this transaction and the need for GNPC to go through the approval process, Mr. Dadzie said, Anadarko has decided to sell Jubilee Oil Holding Limited, cutting the 7% to GNPC. to acquire later.

“We have obtained the necessary approvals and were ready to buy Jubilee Oil Holding Limited, so the structure of the transaction was not a GNPC defined structure but that of the seller (Anadarko Company).

“We didn’t buy a stake; instead we bought the company that owned seven percent of Jubilee and TEN,” he said.

On where GNPC got the funds to buy Jubilee Oil Holding Limited, Mr Dadzie said the company wrote to the Ministry of Finance to advance it a loan for the purchase and got approval from ministers Energy and Finance.

Regarding the amount of oil transported so far by Jubilee Oil Holding Limited, he said, “We have collected a total of $153 million.”

The Minister of Finance was not mistaken

“Obviously, we must ultimately submit our financial statements and pay any tax on assets to the GRA. In 2021, Jubilee Oil Holding Limited paid GH¢17 million to the GRA as tax on its operations.

“So in terms of revenue, I don’t think the finance minister has direct control over revenue,” he said.

When asked if the $100m had been paid into an offshore account, Mr Dadzie replied: “Yes, it was paid into an account at the Ghana International Bank in London by the buyers of the rough.”