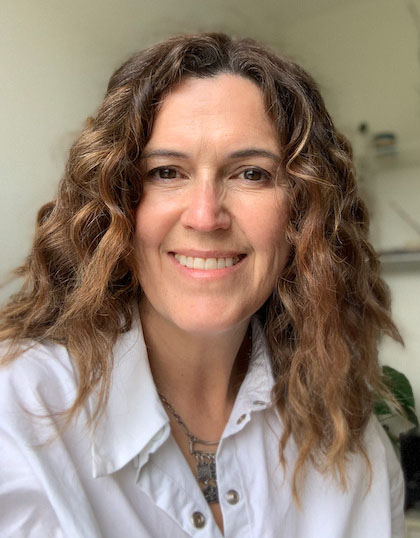 The government should refrain from supporting any non-oil project that requires subsidized energy, and instead focus on maximizing revenue received from the non-oil economy and support local content initiatives to push this.

This is the advice of Chatham House, and of Dr Valérie Marcel, co-founder and project manager of the South-South peer-to-peer network of 30 emerging oil and gas producing countries, the New Producers Group.

“There are some pitfalls that Guyana should avoid: supporting non-oil sectors (or whatever) with subsidized energy, ignoring the cost of externalities, like emissions from refining, and starting to value the oil sector more than its forests,” said Marcel. on Sunday Stabroek after a review of that country’s first local content laws.

Marcel was impressed with the local content policy’s emphasis on lateral linkages, which aim to create jobs, supply chains and infrastructure in non-oil sectors, including the green economy. But she said that with “both the local content policy and its fiscal policy, Guyana needs to stay focused on and nurture this non-oil economy.” “The devil is in the details or rather in the implementation,” she added.

The enactment of the local content law at the end of December last year came six years after the discovery of offshore oil and more than two years after production began. It defines the minimum percentage of local employment and procurement of goods and services, as well as a reporting mechanism for the submission and justification of annual data. The law delimits forty sectors or services and sets a minimum percentage of the total value of expenditure for these services that oil companies and their subcontractors must procure from Guyanese suppliers.

During his budget presentation last Wednesday, Finance Minister Dr. Ashni Singh said the law provides an enabling framework for the development and expansion of Guyanese businesses and, most importantly, business and development opportunities. employment for Guyanese nationals. Singh provided an update on local content initiatives undertaken by the government and announced that a local content secretariat is being set up and will be in place within a few weeks, enabling “the effective operationalization of the law”.

The government had previously stated that it [the Act] was a work in progress, given that oil and gas is a new sector, and Natural Resources Minister Vickram Bharrat and Attorney General Anil Nandlall noted that regardless of future changes, the law must continue to ensure that Guyanese benefit from the sector.

Responding to heckling from the opposition side of the House, Bharrat said the bill was a “working” and “living” document. “No local content bill can remain static in any country in the world…Nothing about the local content bill is set in stone,” he argued.

When the bill was first tabled in Parliament, the government rejected all 14 amendments proposed by the opposition APNU+AFC. However, 10 of these 14 amendments were subsequently modified and accepted with language similar to that found in the government’s proposals.

However, Marcel said that before the draft law was drafted, Guyana should have first assessed the services and opportunities to be offered by liaising with companies already working here, because in this way a balance would have could be found as to specific employment needs and the types of local services to be provided. The government did not reveal whether there had been prior discussions with any of the multinational companies, and whether the number of specific skill sets and jobs required had been discussed, but promises to ensure that the human resource capital here is sufficient for the sector. In the 2022 national budget, Singh announced that $420 million would be earmarked to train 1,000 people to “ensure we have a pool of Guyanese equipped to take jobs in the oil and gas industry.” . “Through this program, training and certification will be provided to welders, longshoremen, heavy vehicle operators and others. This program will continue in the medium term and will see up to 4,500 people trained over the next four years,” Singh said. He also criticized the former UNPA + AFC government for not having enough programs in place since the discovery of oil in 2015 to ensure that an oil and gas workforce and the necessary companies would be in place at the start. from production. Singh said that while this country sees more discoveries and prepares for expanded offshore activity, training will continue to be a priority.

To ensure diversity, Singh said an additional $2.5 billion is being earmarked to strengthen technical and vocational education and training (TVET) programs across the country at post-secondary levels, not just for oil and gas. , but as preparation for building various skills to foster entrepreneurship. “This will enable around 4,500 young people to acquire the skills needed to become entrepreneurs and ensure their employability. In addition, nine secondary schools will complete a pilot of the Caribbean Vocational Qualification (CVQ) Level 1 program in various skills, including agricultural production, furniture making, electrical installation and masonry. This will now create the opportunity for students to access technical institutions that offer Level 2 and 3 CVQs, qualifying them as self-employed capable of managing their own operations and supervisors, respectively with a first batch of 129 students expected in 2022 “said the underlined the Minister of Finance.