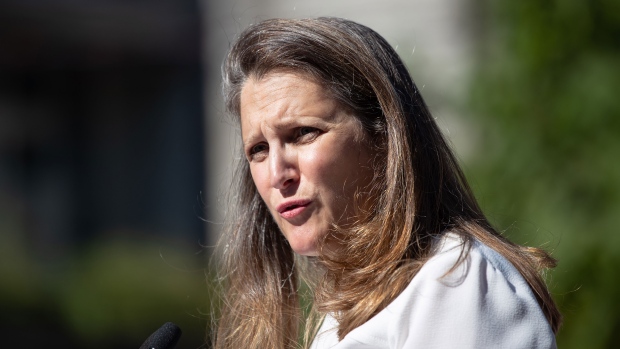 OTTAWA – Newly released documents show that the Department of Finance warned last year that the pace of price increases could accelerate, even though the Liberal government and the central bank argued that the inflationary pressures were temporary.

of the COVID-19 pandemic, the briefing note said inflation readings could rise or that there were “plausible upside risks to the medium-term inflation outlook.”

“That’s probably one of the biggest misses you’ll ever record,” Tapp said. “That was the biggest positive inflation shock that I can remember in my career as a forecaster so far. So that’s huge.”

Supply chain disruptions were a major reason for the price hike.

The concern finance officials signaled in the spring was whether temporary problems affecting inflation, such as supply chain problems, “will last long enough to be perceived as permanent.”