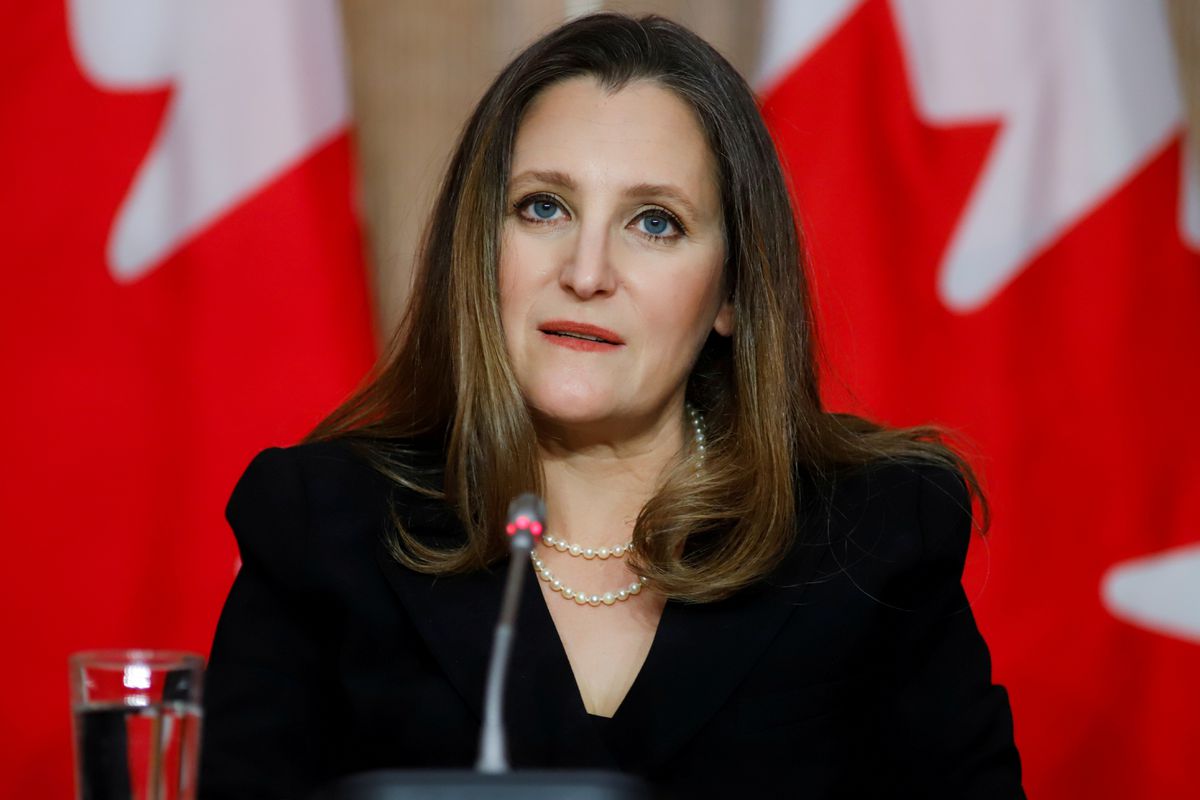 The federal finance ministry says it has the power to freeze a law passed by Parliament that gives more generous tax treatment to small businesses, in what experts call a break with parliamentary tradition and federal law.

The legislation received royal assent on June 29. But, in a press release issued the following day, the Ministry of Finance said the new rules would not come into effect until January 1., since no implementation date is specified in the bill.

The department’s position that it can delay the coming into force of new tax rules is unusual. It also defies federal law, which says bills come into force when they receive royal assent, unless otherwise specified, according to experts in the legislative process and parliamentary procedure.

The legislation, Bill C-208, reduces the tax burden on small and medium-sized business owners who want to pass their business on to family members. It allows those business owners to claim proceeds from the sale of stock to an adult child or grandchild as capital gains, rather than dividend payments. Capital gains are taxed at a lower rate, and in some cases a taxpayer can use a lifetime exemption to avoid paying any tax.

Conservative MP Larry Maguire, who sponsored the private member’s bill, said he was “flabbergasted” by Finance’s June 30 announcement. “I couldn’t believe it,” he said, adding that he was seeking an explanation from the department.

While 19 Liberals supported the bill, a large majority in caucus voted against the measure and the government did not support it.

The government has signaled its intention to legislate on the issue of intergenerational transfers, and in 2019 Prime Minister Justin Trudeau clarified this policy direction in mandate letters to the Ministers of Finance and Agriculture. But the Liberals did nothing.

Dan Kelly, the head of the Canadian Federation of Independent Business, which has been pushing for the measure for years, said he was well aware that the Department of Finance did not like the tax measures in C-208 . But, he said, he was still surprised by the attempt to delay its implementation.

“It’s quite outrageous that the government is turning its back on this,” Mr Kelly said.

This is the latest difficult period in the often difficult relationship between small business and the Trudeau Liberals, with concerns over tax avoidance and tax evasion once again the spark. During the government’s first term, Bill Morneau, then Minister of Finance, proposed stricter rules for how small businesses claimed capital gains and allocated income among family members.

Stung by strong opposition, the government watered down its initial proposals. The arrival of Chrystia Freeland as Minister of Finance marked a change in the government’s tone towards small businesses, at least until the brief announcement made last week by the Ministry of Finance. Mr. Kelly said Ms. Freeland phoned him on his first day as finance minister, a stark contrast to his experience with Mr. Morneau.

In its June 30 press release, the Department of Finance stated that Bill C-208 does not specify an “implementation date” and that the Liberal government intends to introduce a bill that would specify that the changes contained in the bill would apply as of January 1.

Parliament is not expected to sit again until mid-September. If the bill’s implementation were delayed and there was an election, the next sitting of the Commons could mean that a Liberal majority would be able to rewrite the small business tax laws to the government’s liking. (However, the bill was backed by a number of Liberals, including Wayne Easter, chairman of the House of Commons finance committee.)

The Department of Finance’s position that legislation must be enacted by a specific date is a topsy-turvy interpretation of how the legislative process works in Canada, said Don Boudria, a former Liberal cabinet minister who has been familiar with parliamentary procedure since he was Leader of the Government in the House of Commons. the Christian era. It is a fundamental principle of the legislative process that unless a specific date is stated, a bill comes into force on the day of Royal Assent, he said.

“Who knows what the Ministry of Finance is thinking? said Mr. Boudria, currently a senior advisor at Hill & Knowlton Canada.

The Department of Finance declined a request for an interview.

Mr. Boudria noted that the federal Interpretation Act is clear on the issue. It states that “…if no effective date is provided in any statute, the effective date of such statute is the date of assent to the statute.”

Former House of Commons law clerk Rob Walsh echoed Boudria’s assessment. “It is not open to the government, in my view, to delay implementation,” Walsh said.

And Mary Campbell, a retired senior civil servant who specializes in law reform, said the Treasury Department press release had no legal weight in her view. “You might as well write a birthday card,” she said. “A press release is not a law, it has no force of its own.”

Finance officials sharply criticized Bill C-208 when they appeared before the Senate Agriculture and Forestry Committee in mid-June, although their criticisms were not about the lack of a exact date of enactment.

Then Trevor McGowan, managing director at the Department of Finance, focused his comments on what he described as a loophole that would allow small business owners to transfer shares for the purpose of reducing their tax liability, not for a real transfer of their business. . Mr McGowan said he had a ‘fundamental concern’ about the lack of safeguards in the legislation, such as requiring children or grandchildren to buy shares to play an active role in the business or the obligation for the owners to reduce their participation in the company.

Conservative Senator Carolyn Stewart-Olsen expressed surprise at Mr McGowan’s comments, telling the committee meeting it was the first time she had heard officials ‘rip up’ a bill passed the Commons .

Boudria expressed similar concerns, saying it is up to parliament to decide laws. Even if these laws contain flaws, they are errors of Parliament to make, he said, and the bureaucracy must defer to the will of the legislature. He pointed to a similar situation in 1989, when then-President John Fraser issued a ruling reprimanding Finance for releasing information on the Goods and Services Tax before the measure had been approved by the parliament.

Your time is precious. Receive the Top Business Headlines newsletter in your inbox morning or evening. register today.

Why autonomous AI is (finally) disrupting corporate finance for good