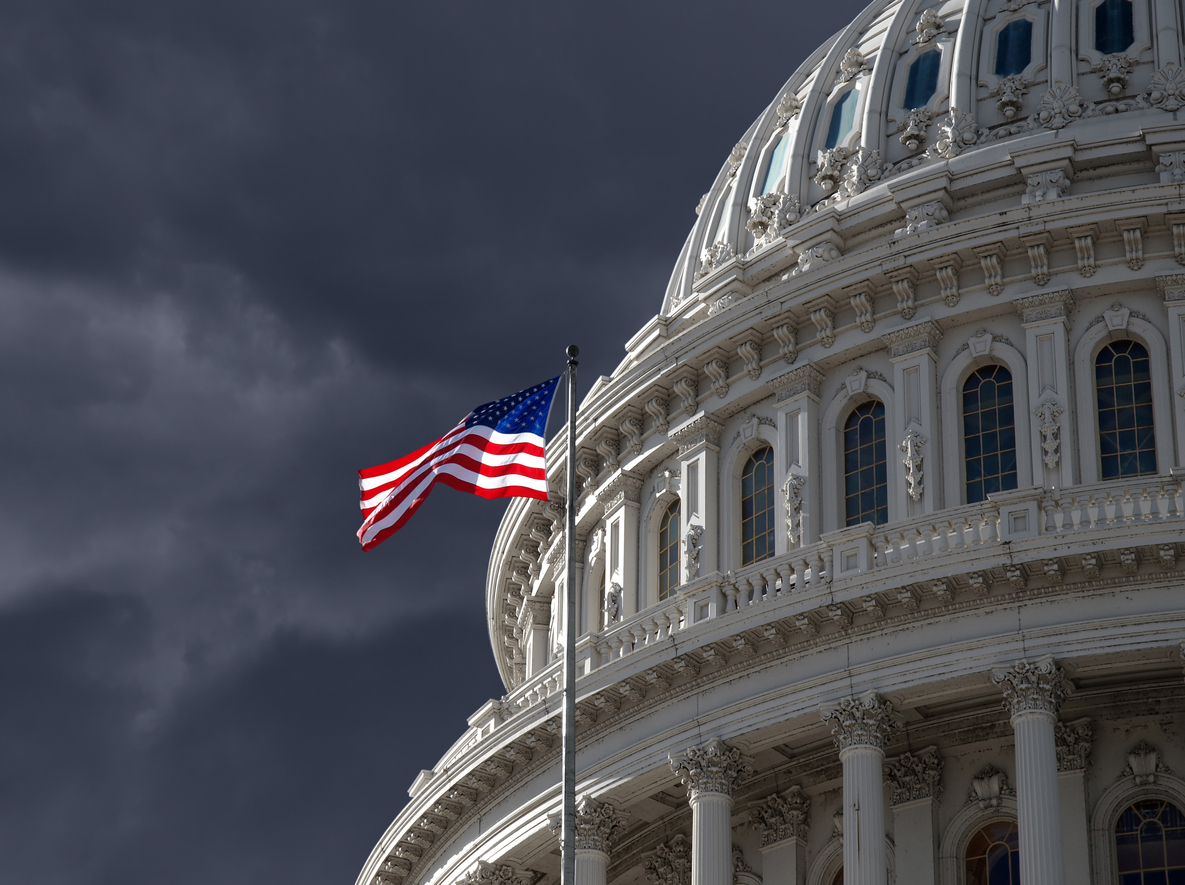 – According to the the wall street journal (paywall), companies are under pressure from shareholders, employees and local governments to take a stand on abortion access as the US Supreme Court considers overturning Roe vs. Wade. It’s essential for companies that value talent and see gender equity as a fundamental principle in supporting women’s reproductive health, said Jonas Kron, chief advocacy officer of Trillium Asset Management. Trillium has submitted a shareholder proposal to TJX companies this year, asking her to report on the risks she faces due to laws restricting access to abortion.

Kron said Trillium will talk to other companies in its portfolio over the next six months and ask them how a patchwork of reproductive rights laws will affect their businesses. The company will likely submit additional shareholder proposals on the matter, he said.

A draft Supreme Court opinion leaked Monday night by Politico indicates the court may be preparing to overturn Roe. Chief Justice John Roberts confirmed in a statement that the draft was genuine, but said it was not necessarily the final resolution of the case.

– The Economist (paywall) reported the news that the S&P 500 suffered its worst April in 52 years. Earlier this month, “As investors worried about rising inflation, tighter monetary policy and the war in Ukraine, Bank of America analysts predicted a ‘strong recovery’ in the stock market, driven in part by the trend for stock prices to outperform during the month of April,” the publication said. “Alas, the rally did not materialize.” The S&P 500 generated a return of 1 .41%, on average, in the month of April since 1928 – the second best month behind July.This year it has fallen by 8.8%, its worst since 1970.

– Robinhood has launched a fully remunerated securities lending program, reported Reuters (pay wall). The new service, part of the online broker’s diversification efforts, allows users to lend shares they own through the popular app to market participants and passively collect reduced fees. Robinhood already makes money by lending stocks that its customers buy on margin, the news agency added, but the new fully paid program will include all stocks held by its nearly 23 million users, provided that they register and fulfill certain conditions.

– The Financialtime (paywall) reported on human trading error that caused a flash crash in European stocks this week, with Nordic stocks particularly hard hit: Sweden’s benchmark OMX 30 fell 7.9% on Monday before to recover to close down 1.9%. Market participants attributed the steep declines to Citi messing up a trade of a basket of shares including many Swedish names and taking place on a day when London markets were closed for a holiday. Citi later confirmed that one of its merchants “made a mistake while entering a transaction”, without providing further details.

Markets in Paris, Amsterdam and Brussels were also hit by the sudden surge in selling, which unfolded over a five-minute period on Monday morning, the newspaper said. Overall, the regional STOXX Europe 600 index slid as much as 3% before paring losses to trade down 1.5%.

– According to Institutional investor, fund managers and their lawyers are concerned about the SEC’s proposed private fund adviser rule, which it says contains a subtle change in language: the new rule would make managers liable for “negligence” rather than “gross negligence”, as was the case before. According to fund managers and lawyers speaking to the publication, this means owners and asset allocators could even sue investment managers for investment losses.

– Traders Magazine reported that Fidelity has launched The Fidelity Stack, its first immersive metaverse experience aimed at providing a new way to learn the basics of investing. Built in Decentraland, The Fidelity Stack features a multi-level design with a lobby, dance floor, and rooftop sky garden that users can explore on foot – or even teleport. As well as providing an introduction to different types of investment products, including ETFs, the post says Fidelity’s entry into the Metaverse is also designed to celebrate the launch of the Fidelity Metaverse ETF, a new thematic ETF that gives access to companies that develop, manufacture, distribute or sell products or services related to the establishment and activation of the Metaverse.

– A German court has declared the last two annual financial statements of failing payment company Wirecard invalid, said the FT, in a “historic decision”, according to the newspaper, opens the door for the administrator of the collapsed company to recover 62 million euros ($65.1 million) in dividends and taxes. The most important item concerns the 47 million euros in dividends which were paid in 2018 and 2019, the newspaper continues but, according to a person familiar with the procedure, the administrator will try to recover the dividends only from the large shareholders, rather than individual investors. Apparently around 75% of the payments seemed to be recoverable.

– China’s Ping An Insurance has taken on the role of activist shareholder, pressuring HSBC to consider a shake-up, according to the WSJ. Ping An wants HSBC to undertake an overhaul that would allow the market to give the bank more credit for its big Asian business and make those operations less beholden to London regulators. This is an unprecedented step towards global shareholder activism for Ping An. A spokesperson said he wanted shareholders to participate in a debate on the bank’s future. “We will support any suggestions aimed at improving the value of HSBC and improving its business management,” the spokesperson said.

A spokesperson for the bank said “HSBC has a regular program of engagement with all of our investors” and pointed to the bank’s recent share price performance as evidence of its success. Hong Kong-listed HSBC shares are roughly flat over the past 12 months, while the Hang Seng index has fallen 28%, according to Refinitiv data.

– The Guardian reported that BP’s profits had more than doubled to $6.2 billion in the first three months of the year, pressuring the UK government to “impose a windfall tax to help poor households struggling with rising energy and fuel bills”. The energy giant reported its highest quarterly profit in more than a decade – coming in well above the $4.5 billion expected by analysts. BP announced a $2.5 billion share buyback program on the back of windfall profits, with the newspaper noting that BP CEO Bernard Looney promised the company would buy back at least $1 billion worth of shares every quarter when oil prices are above $60 a barrel. The war in Ukraine pushed Brent, the global benchmark, above $100 a barrel.

– The WSJ reported that the SEC will increase the size of its special unit dedicated to investigating cryptocurrency fraud and other misconduct, following the agency’s efforts to bring the unregulated industry under federal supervision. The SEC said it plans to add 20 investigators and litigants to its crypto assets and cyber unit, which was created in September 2017. The commission has positioned itself as the primary government bulwark against fraud on the $1.7 billion market. The SEC filed nearly 100 cryptocurrency-related enforcement actions from 2013 to 2021, according to Cornerstone Research, most of them targeting new sales of digital coins.

“Crypto markets have exploded in recent years, with retail investors bearing the brunt of abuses in this space,” SEC Chief Enforcement Officer Gurbir Grewal said in a statement. “The strengthened crypto assets and cyber unit will be at the forefront of protecting investors and ensuring fair and orderly markets in the face of these critical challenges.”

– Reuters reported that the CDP said companies will have to set a much wider range of sustainability goals as part of the proposed new EU reporting standards. Authorities around the world are writing reporting standards to combat “green laundering” where companies exaggerate their credentials to attract investors. The European Financial Reporting Advisory Group recently presented its first draft of sustainability standards for public consultation. The final standards will be sent to the European Commission by November for adoption.

They will be used by EU-listed companies to implement mandatory ESG disclosure requirements under the bloc’s new corporate sustainability reporting directive. “EU sustainability reporting standards are expected to be the most ambitious standards in the world,” said Mirjam Wolfrum, director of policy engagement in Europe for CDP, adding that around half of emissions reported in Europe are currently not covered by targets.

– Alibaba’s shares took a hit on Tuesday following a report by Chinese state media that an individual nicknamed “Ma” had been arrested, the report said. FT. The news sent Chinese tech stocks plummeting as they were expected to rebound on Beijing’s promise of support. Alibaba shares fell 9.4% but fell to end the day down nearly 2% after Chinese state broadcaster CCTV edited its one-sentence report to say the individual was not the billionaire founder of Alibaba, Jack Ma. People familiar with the situation confirmed that Jack Ma was not the person mentioned in the report.