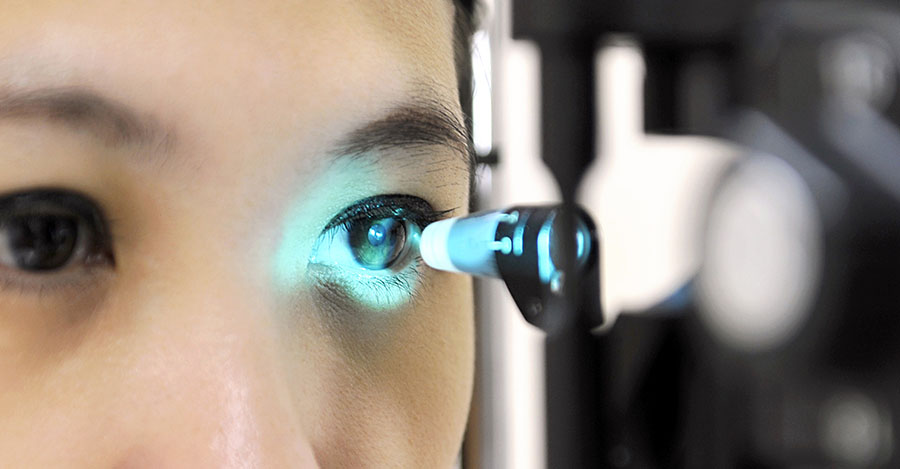 Shares of Clearside Biomedical Inc. traded up 42% after the company released its financial results for Q4/21 and FY21 and provided an update regarding positive developments within the company , including receiving more than $20 million in milestone payments from its business development partner.

After U.S. markets closed on Thursday, biopharmaceutical company Clearside Biomedical Inc. (CLSD:NASDAQ), which is engaged in developing treatments to preserve, improve and restore vision for people with serious diseases of the back of the eye in delivering therapies directly through the suprachoroidal space (SCS®), announced financial results for the fourth quarter and fiscal year 2021 ended December 31, 2021.

Clearside Biomedical President and CEO George Lasezkay, Pharm.D., JD said, “Our suprachoroidal injection platform is a proven approach to ocular drug delivery that offers potential advantages over other types of delivery… Following the approval and launch of XIPERE™, the first product approved for suprachoroidal delivery, there is a growing base of retina specialists trained in the use of our SCS Microinjector® exclusive. With over 1,200 clinical injections to date and six ongoing clinical trials using our technology, we have established our leadership in this area.

“Our lead development asset, CLS-AX, combines the targeting, compartmentalization and potential durability of suprachoroidal delivery with pan-VEGF inhibition of a potent tyrosine kinase inhibitor. We are making progress in OASIS, our ongoing Phase 1/2a trial of CLS-AX in patients with wet AMD. In the first two OASIS cohorts, CLS-AX was well tolerated with no serious adverse effects,” added Dr. Lasezkay.

Dr. Lasezkay explained that based on the positive safety data seen so far in the OASIS wet AMD study, the company will add a fourth cohort to the trial to explore a wider range of doses (escalation of dose) to be taken in a phase 2b clinical trial. The company plans to publish results from Cohorts 3 and 4 later this year and said it has begun planning its Phase 2b clinical trial with the aim of opening enrollment for the study by the end of the year 2022.

Clearside noted that an important recent development within the company was the U.S. Food and Drug Administration (FDA) approval of XIPERE™ (triamcinolone acetonide injectable suspension) for suprachoroidal use for the treatment macular edema associated with uveitis in October 2021.

The company said it received a total of approximately $20 million in Q4/21 in non-dilutive funding related to the development, approval and pre-launch stages from its commercialization partners XIPERE, Bausch + Lomb and Arctic Vision. , Bausch + Lomb commercially launching sales in the United States in Q1/22.

The company added that its partner Arctic Vision had started dosing patients in its Phase 3 study of ARVN001 for the treatment of macular edema associated with uveitis and said this month it had also started dosing. dose patients with diabetic macular edema in a phase 1 trial which is also being conducted in China.

The company said in Q4/21 it recorded licensing and other revenue of $25.7 million, compared to just $11,000 in Q4/20. The company noted that the increase was primarily due to milestone payments earned by its licensing partners XIPERE in Q4/21 and included $5 million of deferred revenue from prior upfront payments received under its contract with Bausch. + Lomb.

The company said that for FY21, licensing and other revenue increased $21.7 million to $29.6 million from $7.9 million in FY20. The company said mentioned that the substantial increase was the result of milestone payments received from XIPERE licensing partners.

The company said its overall R&D spending in fiscal 2021 increased by $3.5 million to $18.5 million from $15.1 million in fiscal 2020. Clearside noted that the additional expenses were attributed to costs associated with the company’s CLS-AX Phase 1/2a clinical trial.

The company said it had $30.4 million in cash on its balance sheet as of December 31, 2021 and that with an additional $10 million raised in Q1 22 through a XIPERE pre-launch milestone payment , it is well funded in Q2 23.

Clearside is a biopharmaceutical company headquartered in Alpharetta, Georgia, focused on developing treatments via the suprachoroidal space (SCS®) that preserve and restore vision in people with severe back diseases of the back. eye. The company explained that “its SCS injection platform utilizes the company’s proprietary SCS Microinjector®, which enables an in-office, reproducible, non-surgical procedure for the targeted, compartmentalized delivery of a wide variety of therapies to macula, retina, or choroid to potentially preserve and improve vision in patients with sight-threatening eye diseases.” The company states on its website that “it believes its proprietary suprachoroidal delivery platform has the potential to become a standard for delivering therapies to treat chorioretinal disease.”

Disclosures
1) Stephen Hytha compiled this article for Streetwise Reports LLC and provides services to Streetwise Reports as an independent contractor. He himself or the members of his household hold shares in the following companies mentioned in the article: None. He or members of his household are paid by the following companies mentioned in this article: None.
2) The following companies mentioned in this article are sponsors of the Streetwise Reports billboard: None. Click here for important information on referral fees.
3) Comments and opinions expressed are those of the specific experts and not of Streetwise Reports or its officers. The information provided above is provided for informational purposes only and does not constitute a recommendation to buy or sell any securities.
4) The article does not constitute investment advice. Each reader is encouraged to consult their financial professional and any action taken by a reader as a result of the information presented here is their own responsibility. By opening this page, each reader accepts and consents to the full Streetwise Reports Terms of Service and Legal Notice. This article is not an investment solicitation. Streetwise Reports does not provide general or specific investment advice and information on Streetwise Reports should not be considered a recommendation to buy or sell any security. Streetwise Reports does not endorse or recommend the activities, products, services or securities of any company mentioned on Streetwise Reports.
5) From time to time, Streetwise Reports LLC and its directors, officers, employees or their family members, as well as those interviewed for articles and interviews on the site, may take a long or short position in the titles mentioned. Directors, officers, employees or members of their immediate family are prohibited from making purchases and/or sales of such securities on the open market or otherwise from the time of the decision to publish an article until three days working days after the publication of the article. The foregoing prohibition does not apply to articles that, in substance, merely restate previously published company announcements.
6) This article does not constitute medical advice. Officers, employees and contributors to Streetwise Reports are not licensed healthcare professionals. Readers should always contact their healthcare professionals for medical advice.