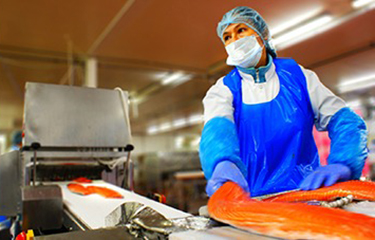 The Bergen, Norway producer’s third quarter 2022 report acknowledged that while another set of operational and financial records had been set, the period was ‘overshadowed’ by the resource rent tax proposal. from 40% on salmon farming by the Norwegian government to 62%. when corporation tax is included.

“The aquaculture industry is of great importance to Norway’s future, and it is in the nation’s interest to see it grow. However, a 62% tax rate will shut down most of the many large investment projects along the Norwegian coast, leading not only to reduced local employment levels now and in the future, but also a massive diversion of funds away from coastal areas. communities,” said Mowi CEO Ivan Vindheim.

Until an agreement is reached on a more workable framework for the industry, Mowi has suspended all new structural investments in Norway, according to Vindheim. This includes its cancellation of an acquisition of 914 MT of maximum permitted biomass for a total value of 183 million NOK (16.9 million USD, 17.3 million EUR) in a decision announced on October 4.

“Mowi is a global company and salmon farming is not limited by geography – it can take place at sea and on land anywhere in the world, close to its main markets. If the proposal for a 62% tax is approved by Parliament, Norway risks losing its leading position in aquaculture to other countries,” Vindheim said.

Harvest forecasts for the year 2022 are unchanged at 460,000 MT. Next year, Mowi expects to harvest 470,000 MT, despite a volume reduction of 16,000 MT in Canada – partly due to the loss of licenses in Canada’s Discovery Islands as part of the government decision. Canada to phase out salmon farming there.

In terms of its business segments, Mowi Farming’s performance was good in the quarter due not only to high prices and record volumes, but also to relatively stable farming costs compared to the previous quarter, the company said. society. It was further helped by the 30% rise in salmon prices in Europe compared to the third quarter of 2021. In the United States, prices varied, rising 1% in Miami and falling 11% in Seattle.

Mowi’s consumer products segment reported record operating profit of €30 million ($29.4 million) in the quarter, based on strong operational performance at Mowi’s processing plants in Europe, in the Americas and Asia, the company said.

“Salmon normally do well in tough economic times and overall retail demand has so far continued to develop favourably. We expect the retail channel to continue to grow in the coming years, supported by unlocking the value potential of salmon as a value-added product,” Vindheim said.

The report also confirmed that Mowi had reached an agreement to buy a 51.28% stake in Icelandic salmon farmer Arctic Fish.

“The acquisition is in line with our strategy to increase agricultural volumes and complements our geographical agricultural footprint. Icelandic salmon volumes are expected to increase significantly in the coming years, and Arctic Fish is well positioned to participate in this growth,” Vindheim said.