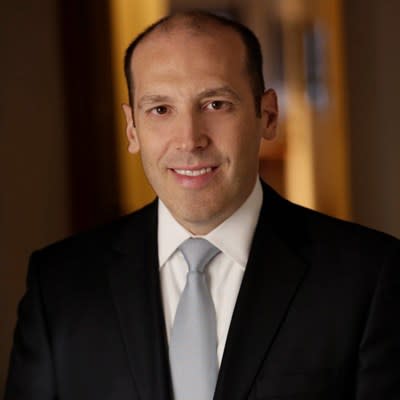 Mr. Leeds joins Terran Orbital from XYZ EML LLC where he advised companies on using investor relations to create value for investors and facilitate access to capital. Mr. Leeds’ experience spans the consumer, energy, financial, healthcare, industrials, materials, media, technology and telecommunications sectors. Prior to XYZ EML, Mr. Leeds was responsible for investor relations for Avery Dennison Corporation, KKR’s PRIMEDIA Inc. (formerly listed on the NYSE), three of John W. Kluge public companies (previously listed on the Nasdaq) and served as executive director of GA Kraut Company. Mr. Leeds began his career at the age of 16 at Lehman Brothers as a buy-side analyst for an original member of the Buffett Partnership (now Berkshire Hathaway), followed by his role as an analyst at Chemical Bank (now JPMorgan Chase) and was a member of the investment committee of Republic Bank Asset Management (now HSBC).

President and CEO of Terran Orbital Mark Bell said: “Eric is an experienced investor relations advisor and a strategic addition to the Terran Orbital team. His experience will prove vital to our business and its upward growth trajectory as he ensures we have the capital to redefine the next-gen space and deliver an exceptional shareholder returns for years to come.”

“I am delighted to join the Terran Orbital family and help investors understand the significant growth opportunities available to the company,” said Mr. Leeds. “Terran Orbital’s differentiated technology and its leadership position on key programs supporting the United States Government and major defense contractors will help the company’s future growth and success.”

Tailwind Two is a “for the founders, by the founders” blank check corporation – formed for the purpose of effecting a merger, stock exchange, asset acquisition, stock purchase, reorganization or a similar business combination with one or more founder-led businesses in an industry disrupted by technological change. The management team and directors of Tailwind Two have invested heavily in founder-led businesses, with notable success in the space industry. Tailwind Two is led by the President Philippe Krimand co-CEOs Chris Hollod and Matt Eby. In addition to its executive team and board members, Tailwind Two has assembled an advisory board that will help position Tailwind Two as the value-added partner of choice for today’s leading contractors.

Important information and where to find it

Participants in the solicitation