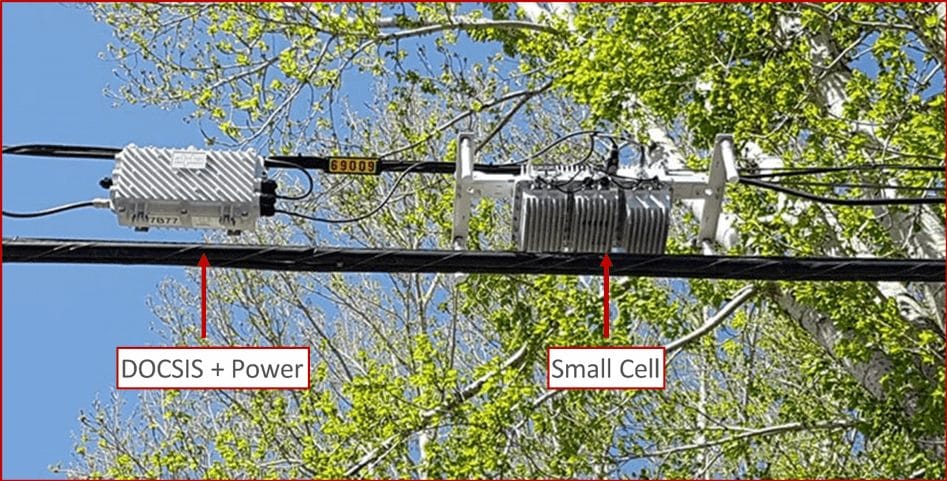 Wireless will account for 7.2% of Charter’s revenue and 8.2% of Comcast’s cable segment revenue by 2025, according to a new wireless cable forecast from financial analysts MoffettNathanson. Analysts raised a previous forecast following several new developments, including cable companies’ plans for the spectrum they won in the 2020 CBRS auction.

Also contributing to the revised forecast: Analysts believe the terms of Charter and Comcast’s MVNO deal with Verizon are more cable-friendly than they initially were. And new multi-line pricing has made wireless cable service more attractive to a wider range of customers.

The cable companies’ initial strategy in the wireless market was planned when companies ran out of wireless spectrum. The plan was instead to offload traffic onto their own public Wi-Fi infrastructure as much as possible and fall back on the MVNO deal with Verizon where that was not possible. It is important to note that each cable company also offers service only within its own broadband/video service footprint and only to customers of those services.

The Wi-Fi First strategy seemed to be the secret behind Charter recording the fastest wireless service of any provider in recent speed tests. But MoffettNathanson offered a different interpretation of these data.

Analysts say the strategy of offloading traffic to public Wi-Fi hasn’t worked as well as cable companies hoped, and Charter and Comcast have largely scaled back additional investments in this area. However, since wired wireless service is only sold to broadband subscribers, those using wired wireless are more likely to be able to switch to Wi-Fi while using their wireless devices at home.

Instead of forwarding traffic to public Wi-Fi networks, cable companies now plan to forward traffic to their own cellular wireless infrastructure in the most densely populated areas within their own broadband/video network footprint. These are the areas where cable companies have obtained CBRS spectrum.

As they undertake these deployments, cable companies will enjoy a significant cost advantage from the small strand-mounted cells they can use in areas where their coax distribution network is overhead, notes MoffettNathanson.

Small strand-mounted cells can be hung between poles, eliminating the need for zoning, permitting, fiber bonding, separate power, and costly labor for fiber splices and installation . Analysts estimate that deployment costs can be up to 90% lower than other small cell options.

Cable companies will not be able to use small strand-mounted cells anywhere they have CBRS spectrum. In most urban areas, their distribution network is probably made up of buried cables. And where cable companies don’t have CBRS licenses, they will continue to use the Verizon network.

Nonetheless, cable companies should be able to shift about 10-20% of their traffic to their own cellular wireless network, which should significantly improve their wireless economics.

And by the time cable companies have their own wireless networks up and running, the majority of their customer base will have devices capable of using eSIM cards, allowing cable companies to direct traffic to their own CBRS networks, rather than to the Verizon network. , note the analysts.