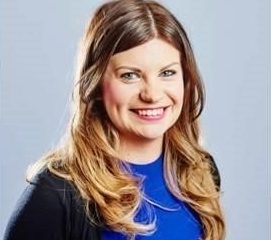 Morgan said: “I am thrilled to be part of one of the region’s most highly regarded M&A teams in the Midlands here at Deloitte. The team have completed some of the most high-profile transactions in the region and in my new role I look forward to bringing their expertise to more businesses here in the Midlands.

“Having previously worked on a national mandate, I am looking forward to returning to the Midlands market. There is so much potential here in the Midlands, with organizations that have the ability to make an impact on the global stage.

Darren Boocock, partner in Deloitte’s M&A team in the Midlands, said: “The appointments of Natalie, Raman and Rick reflect our ambition to build on an exceptional trading year in 2021. We have had great success, having completed high profile transactions including the sale of a majority stake in critical security services provider Orbis Protect to growth investor Synova and the sale of a minority stake in Sygature Discovery to Five Arrows Principal Investments. We also oversaw the refinancing of the Breedon Group credit facilities and the recent tertiary takeover of CARE Fertility by private lender Nordic Capital.