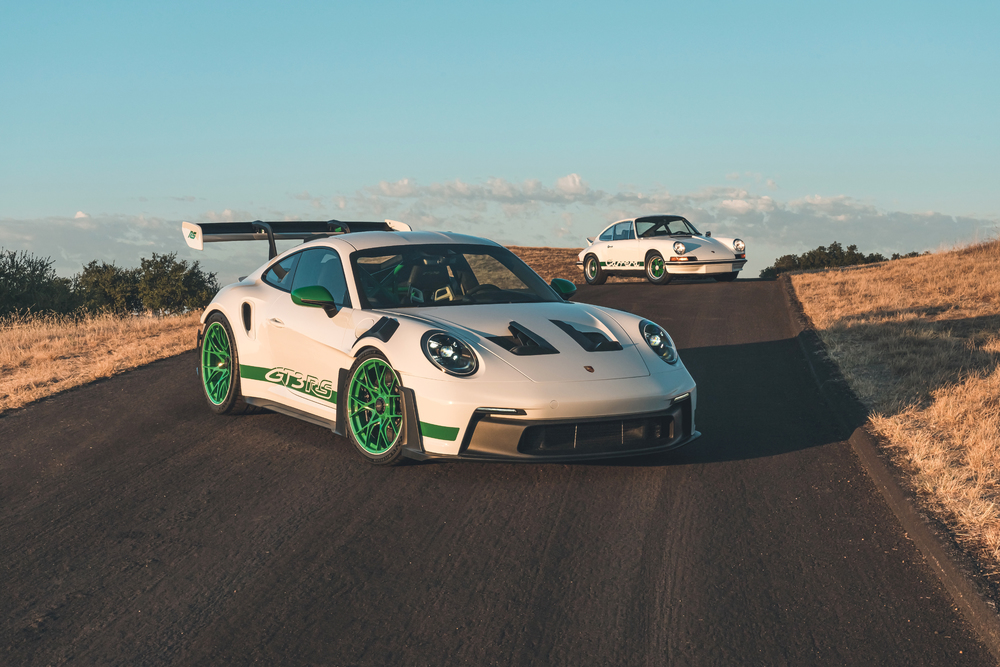 – Porsche made its “historic” debut in Frankfurt this week, noted CNBC, in what he said was one of the biggest public offerings ever in Europe. Shares of the iconic sports car brand initially traded at €84 ($81) on Thursday morning after being valued at the high end of their range on Wednesday evening, at €82.50. He values ​​the company at around 75 billion euros. “We were convinced that despite the difficult environment, this IPO would be a success, and we were right,” Volkswagen chief financial officer Arno Antlitz told the outlet.

– China’s economic output will lag the rest of Asia for the first time since 1990, the report said. FinancialTimes (paywall), citing new World Bank forecasts that “highlight the damage caused by President Xi Jinping’s zero-Covid policies and the collapse of the world’s largest real estate market.” The World Bank has revised down its forecast for gross domestic product growth in the world’s second-largest economy to 2.8%, from 8.1% last year, and from its April forecast of between 4% and 5% for this year. At the same time, expectations for the rest of East Asia and the Pacific region have improved.

“China, which was leading the post-pandemic recovery, and largely ignored the Delta [Covid variant] difficulties, is now paying the economic cost of containing the disease in its most infectious manifestation,” Aaditya Mattoo, the World Bank’s chief economist for East Asia and the Pacific, told the newspaper.

– The pound crashed to a record high against the US dollar on Monday amid “growing fears over the stability of the UK government’s finances”, said CNN. The currency’s slide followed Chancellor of the Exchequer Kwasi Kwarteng’s mini-budget announcement last week that the UK would implement the biggest tax cuts in 50 years while increasing borrowing and government spending in the face of high inflation. The news caused a stir in the UK, with the Guardian reporting on the subsequent intervention of the Bank of England, the making of mortgage deals and the sale of pension funds.

– In other UK news, the FT reported that the UK stock market has been hit by a wave of acquisitions and a slump in IPOs, which are on track for their weakest year in more than two decades. UK companies valued at more than £41bn ($45bn) have been acquired so far this year, while new ventures have only managed to raise £574m in the past nine months, he said, citing data from Dealogic. A weak pipeline of new businesses, coupled with acquisitions of existing public companies by overseas competitors, has heightened fears about the health of the UK market. The last time IPOs fell anywhere near that level over the full year was in 2009, when just £1bn was raised.

– In the USA, Bloomberg (paywall) reported that traders entered the summer on a record eight straight quarterly streak of more than $1 billion. “In the end, they didn’t come close to making nine,” the news agency said. Just over $640 billion in deals have been closed since the start of July, according to Bloomberg data – which the agency said will ‘make this the worst quarter for M&As since’ . [Q2] 2020, when the Covid-19 pandemic put an end to trading”.

– US regulators fined 16 financial firms, including Barclays, Bank of America, Citigroup, Credit Suisse, Goldman Sachs, Morgan Stanley and UBS, for a total of $1.8 billion after staff discussed the transactions and transactions on their personal devices and applications, depending on Reuters (pay wall). The “wide-ranging industry probe,” first reported by Reuters last year and subsequently disclosed by multiple lenders, is a landmark case for the SEC and the Commodity Futures Trading Commission, marking one of their greatest collective resolutions.

From January 2018 to September 2021, bank staff reportedly regularly communicated on business matters such as debt and capital agreements with colleagues, customers and other third-party advisers using apps on their personal devices such as SMS and WhatsApp, the agencies said. Reuters added that the institutions failed to preserve the majority of those personal conversations, violating federal rules that require brokers and other financial institutions to preserve business communications.

– The Wall Street Journal (paywall) reported that Unilever CEO Alan Jope plans to retire at the end of next year. The consumer goods company said it would conduct a formal search for a successor and consider internal and external candidates. Jope has had to contend this year with the emergence of Nelson Peltz’s activist investor Trian Fund Management as one of Unilever’s major shareholders. Trian said in a statement that he was “sorry to hear” of Jope’s decision and that Peltz, who joined Unilever’s board earlier this year, looked forward to “being part of the selection process. of a new leader for the company”.

– The Guardian reported that thousands of workers in the United States went on strike or threatened to strike in October amid an upsurge in union activity. Support for unions in the United States has grown over the past year as an increase in unionization has resulted in workers winning union elections at major corporations such as Starbucks, Amazon, Apple, Chipotle, Trader Joe’s, Google, REI and Verizon.

– In related news, Starbucks said it wants to begin contract talks next month at hundreds of U.S. stores that have voted to unionize, CNBC reported. The company said it sent letters to 238 stores offering a three-week window in October to begin negotiations. All of these stores voted to unionize this year in elections that have been certified by the National Labor Relations Board. “We look forward to these negotiations and hopefully set dates and secure venues for contract negotiations,” the company said in a post on its website.

Casey Moore, a union organizer and spokesperson for the union, said stores had contacted Starbucks to begin negotiations since May but received no response. Starbucks said Workers United, the union that organizes Starbucks stores, has ordered the company to schedule all negotiations through the union president.

– According to WSJit is Risk and Compliance Journal, a newly enacted U.S. law imposes major barriers to importing goods from China’s Xinjiang region, home of the Uyghur people and other minority groups. Under the Uyghur Forced Labor Prevention Law, goods from Xinjiang are presumed to be made with forced labor – although importers can try to rebut this presumption – a legal change that has required companies to examine their supply chains and their compliance efforts.

Robert Silvers, an undersecretary for the U.S. Department of Homeland Security who chairs the Interagency Task Force on Combating Forced Labor, called on companies and their senior executives to review supply chains a priority compliance issue to identify goods contaminated with forced labour.

– According Reuters, lawyers for Elon Musk have urged a federal appeals court to strike down a provision of his 2018 consent decree with the SEC requiring a Tesla attorney to verify some of his Twitter posts. In a brief filed with the 2nd U.S. Circuit Court of Appeals in Manhattan, Musk’s attorneys called the pre-approval warrant a “government-imposed muzzle” that inhibited and chilled his legal speech across a broad spectrum. of subjects. The SEC declined to comment. He should file his own brief with the Court of Appeal.

– The board of the Australian Securities Exchange has awarded its outgoing chief executive a bonus of more than A$1 million despite opposition from angry shareholders over a delayed back-office plan, reports Global Group of Investors. More than 30% of shareholders voted at Wednesday’s AGM against proposed senior executive compensation packages for last year, which included A$1.2 million ($787,000) for the former chief executive Dominic Stevens. Speaking at the company’s AGM on Wednesday, chairman Damian Roche acknowledged it was the stock market’s first-ever “strike” in response to a shareholder question. Under Australian company law, two consecutive strike refusals of a company’s compensation plans would trigger a re-election of the board.