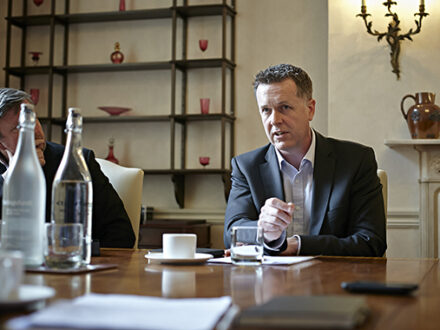 Liverpool City Council’s chief commissioner has suggested his team could widen their remit to include the finance department, telling LGC the stricken council needs to take financial reform “much more seriously”.

Four commissioners led by Mike Cunningham have overseen Liverpool’s planning, highways, regeneration and property management functions and its associated audit and governance arrangements since June 2021, and there has been much speculation behind the scenes that their latest report to ministers recommends extending their investigation to the Finance Department.

This second commissioners’ report, which has already been delayed for two months, was delivered when Michael Gove was Communities Secretary and is now awaiting a response from new Secretary of State Greg Clarke.

Liverpool are facing significant financial problems after a series of incidents prevented councilors from being told their electricity supplier had pulled out of the commercial market. This resulted in the council and other city institutions being awarded a much more expensive contract. The council has pledged to cover the cost of mistakes made by the Merseyside Fire and Rescue Service and the city’s maintained schools as well as the council, but those costs could be as much as £16m on top of the city ​​energy bill.

When LGC asked Mr Cunningham whether he was confident that Liverpool would be able to avoid having to issue a Section 114 notice in light of the additional costs, Mr Cunningham did not answer. ruled out, saying it was “yet to be seen as we don’t know what those full costs are”.

He explained that the commissioners had told the government in their second report that “the financial management and financial resilience of Liverpool City Council are issues”.

The council’s response to these reports, he said, “has not been urgent or adequate enough, and they need to approach this much more seriously.”

Asked if the commissioners had recommended that their mandate be extended to the finance department, Mr Cunningham revealed that a financial adviser was currently working with his team.

“I think you could draw your own conclusions from what I just said – that we think the whole area of ​​financial management and financial planning needs a lot of attention,” he said.

The council today published an independent investigation by Mazars Accountants into the council’s energy contract negotiations, also delayed by two months, which Mr Cunningham said highlighted many of the same issues detailed in the council’s own commissioners’ report regarding “capacity and ability” of council staff. which are “very high risk board issues that need to be resolved”.

He told LGC that the commissioners’ report also highlights issues with “the grip, pace and urgency of leadership.”

Mazars’ report is highly critical of former chief executive Tony Reeves, although Mr Cunningham was quick to point out the findings were unrelated to his early departure from the board last week.

Mazars notes that Mr. Reeves “did not have controls in place to provide advance warning of major risks” and highlights “an occasion where the [Nolan] principle of leadership has not been fully respected”.

He continues: “Our work has identified problems in the leadership style of the [chief executive] such as having insufficient knowledge of the details of major contracts, not encouraging a culture of risk management, not being aware of significant employee work pressures, and not always creating an environment where colleagues can speak/are encouraged to speak openly errors.

The report points out that senior managers were “overworked”, which contributed to the delay in the agreement on the extension of the electricity contract.

Liverpool have recently undergone major personnel shake-ups, with their director of children’s services, Stephen Reddy, believed to be the only senior officer to remain in post for more than a year.

Revelations of errors in energy contracts were followed by the resignation of deputy chief executive and chief financial officer Mel Creighton, while deputy director for investment and development Claire Slinger is also expected to step down.

Mr Cunningham said the high vacancy rate, which exists not only at the “top level” but “at different levels” of the organisation, is “not necessarily a problem” as long as “we are hiring or promoting good people from the inside, with the right skills and talents. When you bring in new people, it can bring fresh eyes and new momentum to the organization,” he said.

“We really want a restructuring to take place, and it has to move at a faster pace. We need to make sure people are in important positions…to keep pace with the changing nature of work.

Liverpool have appointed their director of adult and health services Anne Marie Lubanski as interim head of paid services and are currently looking for an interim chief executive, in view of what Mr Cunningham described as a “longer term appointment”. term of a substantial managing director”.

“But we need to recruit someone on an interim basis fairly quickly to provide leadership for that officer,” he said.

While at Sandwell MBC and Slough BC, which are also under intervention, a senior commissioner has also taken on the role of chief executive, Mr Cunningham has ruled out the prospect of this model for Liverpool.

There is believed to be a degree of tension between the commissioners and some Liverpool staff and advisers, Mr Cunningham admits ‘the intervention has not always been easy’. “There will always be courage in this oyster due to the nature of the respective roles,” he said.

“But we’ve gotten to a point now where we have a common idea of ​​what needs to be done and how much work it takes, and we agree that the pace of change in the first 12 months was not enough. Senior officials, both officers and politicians agree with us on this. There must be a different approach for years two and three. [of the improvement journey]. So I think it’s a bit overdone this bit of ourselves having bits and pieces with Liverpool City Council all the time. It’s not like that, from my point of view.

Sharjah Department of Finance launches second round of “Sharjah Award for…