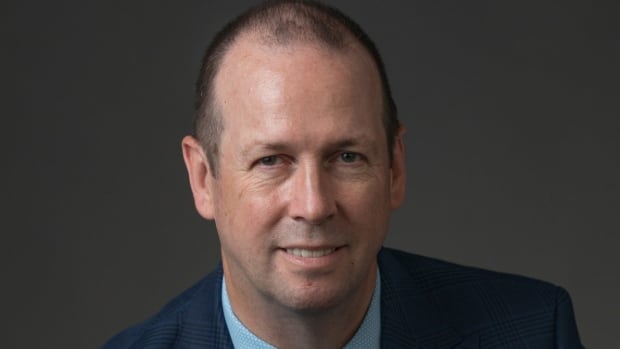 New Brunswick’s new auditor general says he will take a hands-off approach to the files he handled as a senior finance official, to avoid any perception of conflict of interest.

Paul Martin says the challenge of jumping from bureaucracy to the role of independent watchdog is not new, and he will approach it as his predecessors have.

“The office has successfully managed this transition in the past and there have been no independence issues,” he said on Wednesday as he packed up his office at Chancery Place. “The same process will also be applied in my case.

“You just have to use your professional judgment and know when it turns into a real or perceived conflict and when are the right times to back off.”

Martin is leaving the post of Comptroller at the Department of Finance, which means that as Auditor General he will be responsible for independent audits of certain programs he worked on or reviewed as a public servant.

He is the third consecutive auditor general to leave the post of comptroller, who serves as the internal auditor for departments. Five of the eight auditors general in the province’s history started out as comptrollers.

To avoid any perception issues, Martin said he will have no role in auditing the province’s financial statements in his first year as auditor general.

He will approach performance audits of individual programs on a case-by-case basis, recused himself if the office is tackling something in which he played a major role.

Martin was responding to a former auditor who worked in the Office of the Auditor General and is urging Premier Blaine Higgs to rescind the appointment.

Brent White, now a professor at Mount Allison University, said recruiting someone from the Department of Finance to become auditor general violates key principles of the accounting profession’s code of ethics.

Self-examination and familiarity with key players are two of the five “threats” to independence that accountants guard against under their professional standards.

“I’m pretty convinced by that, and I think there are probably other accountants who feel the same way,” said White, who worked as an auditor in the Office of the Auditor General for two decades.

“The only person who can do something about it is Blaine Higgs.”

In fact, Martin officially took office on January 1, and it would now take a vote of two-thirds of the legislature to impeach him.

The legislature approved Martin’s nomination on Dec. 8. Opposition Liberal Leader Roger Melanson supported the nomination motion, although he had endorsed White’s call for a more independent selection process for the post.

Melanson said in December that Martin, who the Liberal leader worked with when he was minister, was “independent, obviously” and highly qualified for the job.

“I think the political class has come to define independence as sort of the equivalent of ‘He’s a nice guy’ or ‘He’s an OK guy’, instead of saying ‘Does he meet the criteria independence in fact and in appearance of the accountancy profession??'”

Higgs said on the day he announced the appointment that he himself raised the issue when the committee recommended Martin, but was assured that the files he had handled as monitor would be “handled independently…so you’re not reviewing your own work.”

White first voiced his concerns last year when he circulated his doctoral dissertation on the subject.

Besides repeatedly choosing bureaucratic insiders for the job, White said the hiring process itself should be changed to remove the clerk of the executive council, the province’s top civil servant, from the selection committee.

White’s findings were endorsed by former Progressive Conservative finance minister Norm Betts, who sent the thesis to the four political party leaders in the Legislative Assembly.

All three opposition leaders said they shared his concerns, and Melanson’s Liberals introduced a motion calling on the province to create “a revised selection process independent of the Executive Council.” This motion has still not been put to a vote.

Last March, the Chartered Professional Accountants of New Brunswick made a public offer to help the province implement a more “rigorous” selection process.

“You cannot be an auditor of a company that you own or have significant influence over, or of which your spouse is the chairman or CEO,” John Clark, chairman of the board of directors of the organization.

“It goes against independence and objectivity.”

Choosing a finance department official as auditor general “doesn’t seem to be the optimum,” Clark said. “In an ideal world, it would be a case where you had someone who was appointed to this position who had no previous role in any of these situations.”

Clark said it was okay to have “mitigating controls,” such as Martin’s promise to recuse himself from certain audits. But hiring an Auditor General from outside the public service would avoid that.

Former comptrollers who went on to become auditors general, including Kim Adair-MacPherson and Mike Ferguson, were “behind the scenes when it comes to ethics, but that’s the situation when it comes to optics,” Clark said.

Higgs’ office did not respond Wednesday to a request for comment on White’s appeal asking him to rescind Martin’s nomination.

Instead, spokesman Jean Bertin explained the selection process and pointed out that the Auditor General Act gives Martin the power to delegate certain responsibilities to avoid potential conflicts.

“Through its selection process, New Brunswick has had great success in appointing auditors general who previously served as comptrollers,” he said. “They have the confidence of the Legislative Assembly and the public.”

Breaking down corporate finance careers, from hedge funds to mergers and acquisitions